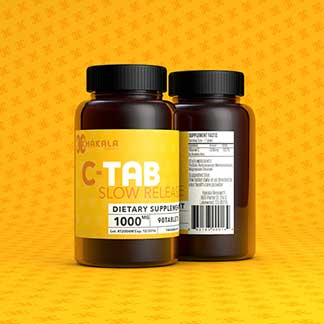 Written by Dr. David Brownstein, author of the book, “Iodine: Why You Need It, Why You Can’t Live Without It.”

I am frequently asked by my patients: “If you only had one natural item to treat with, which would it be?” Although there are many natural items that provide wonderful effects for the body, one nutrient stands head and shoulders above the rest: iodine.

There are so many myths about iodine, but I will focus on two main myths propagated by many conventional doctors. Myth No. 1 is that we get enough iodine in salt, and Myth No. 2, that taking iodine as a supplement will cause or worsen thyroid disorders. Because of these myths, people have the mistaken idea that iodine is a toxic substance that needs to be avoided.

How prevalent are these myths? Let me share with you an e-mail that was forwarded to me, originally sent by an endocrinologist in the United States. “We only see iodine deficiency in Third World countries. We have never seen it here in my past eight years as a physician and the experience of other endocrinologists that I know as well. So, I don’t trust books and information that are out there. Our salt is iodine fortified, so just eating a regular diet, we get about 10 to 20 times the recommended amount of iodine in the diet.”

Unfortunately, this is the prevailing opinion of most endocrinologists and mainstream doctors. The reason this doctor has not seen iodine deficiency in eight years is that he has not tested for it. And of course, he also mentions the salt myth. The iodization of salt was hailed as the first public health miracle. However, iodized salt is inadequate for supplying the body’s need for iodine, particularly in our toxic environment. Even though refined salt can prevent goiter in the vast majority of people, the minuscule amount of iodine found in it falls far short of the amount necessary for promoting optimal thyroid function. Furthermore, refined salt fails to provide enough iodine for the rest of the body’s needs. Iodine is added to table salt at 100 parts per million as potassium iodide, which amounts to 77 µg (micrograms) of iodide per gram of salt. The RDA for iodine is set at 150 µg per day for adults in the U.S. and slightly more during pregnancy and lactation. Remember, the RDA was set to prevent goiter in the vast majority of people. The average American takes in 4-10 grams of refined salt per day. That’s more than the recommended daily allowance.

So, why don’t we get enough iodine from salt? Research shows that just 10% of iodine in salt is bioavailable—that is, completely absorbed by your body (1). Thus, iodized salt provides somewhere between 30-77 µg a day, which is markedly below the recommended amount. Additionally, approximately 70% of the salt used by commercial industry in the U.S. is not iodized salt. Not only is iodized salt a poor source of iodine, but we have been conditioned to avoid salt by the media and by mainstream medicine. Presently, less than half of U.S. households use salt. As a result, iodine levels have fallen by more than 50% over the last 40 years as reported by the National Health and Nutrition Examination Survey from the Centers for Disease Control. This is a recipe for making a whole population of U.S. citizens iodine-deficient. That is exactly what has happened in the United States and many other western countries.

If Myth No. 2 were correct, taking iodine will cause thyroid disorders and that the declining iodine levels would help prevent thyroid disease. This has not been the case. As iodine levels have fallen over 50% during the last 40 years, thyroid disorders including hypothyroidism, Hashimoto’s disease, Graves’ disease, and thyroid cancer have been increasing at near-epidemic rates. We would expect the opposite to occur—thyroid illnesses on the decline—if iodine were the cause. In fact, it is impossible to experimentally induce autoimmune thyroid disorders in animals unless the animals are iodine-deficient.  After twenty years of practicing medicine, I can state that it is impossible to treat thyroid illness if there is an inadequate level of iodine in the body, and this includes autoimmune thyroid disorders.

The largest amounts of iodine occur in the oceans. Sea vegetables and ocean fish contain large amounts of iodine and are the foods that provide the most usable iodine for the body. Diets lacking in seafood can predispose one to iodine deficiency. The RDA for iodine (150 mcg/day) is inadequate to supply the body’s need for iodine. When you couple in the increasing exposure to toxic halides such as bromine, fluoride, and chlorine derivatives, our iodine requirements have markedly increased over the years. My experience has shown that iodine in doses ranging from 6-50 mg/day is adequate to provide iodine for the vast majority of the population.

Finally, it is important to use the right kind of salt: unrefined salt. For the last 20 years I have used Selina’s Celtic Brand Sea Salt in my practice with great success. When using iodine, the best results are seen when it is used with unrefined salt as part of a holistic treatment regimen. Unrefined salt helps the body safely detoxify from the toxic halides bromine, chlorine and fluoride that can be released when iodine is taken.

More information about this can be found in my books, Iodine: Why You Need It, Why You Can’t Live Without It, 5th Edition and Salt Your Way To Health, 2nd Edition.

Dr. David Brownstein is a Board-Certified family physician and is one of the foremost practitioners of holistic medicine. He is the Medical Director of the Center for Holistic Medicine in West Bloomfield, MI. Dr. Brownstein has lectured internationally to physicians and others about his success in using natural hormones and nutritional therapies in his practice. He is a graduate of the University of Michigan and Wayne State University School of Medicine. Dr. Brownstein is a member of the American Academy of Family Physicians and the American College for the Advancement in Medicine. He is the father of two beautiful girls, Hailey and Jessica, and is a retired soccer coach.

Dr. Brownstein has received two prestigious awards by his colleagues. The first was given by the American College for the Advancement in Medicine at the 2005 annual meeting. The award was the Norman E. Clarke Sr. Award for Science and Practice. The second award was given by the American Academy of Integrative Medicine at their 2005 annual meeting in Florida. This was titled, 2005 ARC Excellence Award for Distinguished Clinician for his “Advancement in the Diagnosis and Treatment of Chronic Diseases.”